HOW LONG DOES VAPE EJUICE LAST?

People who have vaping long enough will notice that your favorite bottle of vape ejuice either last for a good while or run out before you even know it. So how long does vape ejuice last?

There is no exact science, but you need to understand the factors involved, so you can realize how long a bottle of Dubai vape ejuice when you are shopping for one.

THE SHELF LIFE OF VAPE EJUICE 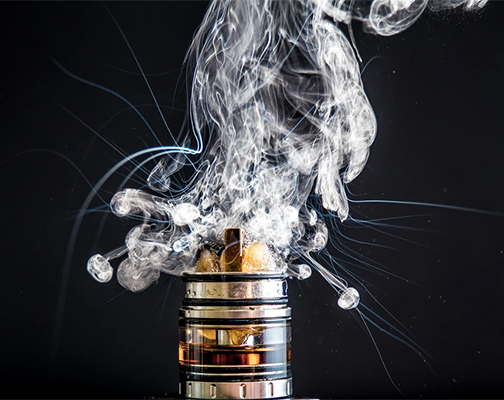 If the ejuice is kept in the bottle, sealed properly, and stored in a dark, dry, and cool place like a cabinet or drawer, it usually lasts up to 2 years before it’s expired.

Sometimes the eliquid will change color and viscosity and started to smell bad, and when you vape it, you notice that there is a loss in flavor and nicotine and a lack of vapor.

Heat and sunlight are the enemies of ejuice. Sunlight will oxidize the nicotine and turns ejuice into a dark color. This is not good, and once this happens, you should discarding it.

It will oxidize faster when it’s sitting in a tank or atomizer since there is more exposer to the air that will speed up the oxidization.

Sometimes there might be a color change in a day or two, but you should not be concerned right away. But once it starts tasting different or has lost its flavor, that means it had been sitting there for too long.

This is one of the first and critical factors to consider. Irrelevant to what device you use and what type of ejuice your using, vaping habits have the biggest impact.

If you are not vaper then, just taking a puff every now and then during your free time, then the bottle will last longer. On the other hand, if you are a heavy vaper, then you will go through it much faster.

It varies, but your constant is what device and resistance you use

WHAT TYPE OF VAPE DEVICE YOU USED

The type of device atomizer, coils, and airflow are all factors that affect how quickly you go through a full bottle of ejuice.

A sub-ohm tank tends that uses a lot of power and produce lots of vapor and tons of flavor. It goes through a lot more eliquid with every hit.

Pod systems consume less power, so it uses up less eliquid with every hit.

Since pod systems are used mostly to vape nic salt ejuice, typically are in 30ml bottles can go through it in around 10 to 18 days, which is just over two weeks at most.