Although vaping was to combat the unhealthy smoking habit, still, al lot of the society views it as just as bad as, if not worse. Why are people trying to convert to Vaping are mocked, judged, and frowned upon by the majority of the public. Below are a few reasons why vaping is getting a bad rap.

People’s Lack of knowledge of the Facts.

If it looks like smoking, then it is smoking? But that is not always true.

Vaping, the devices do not burn the product but rather heat it just enough to produce vapor. Vapor doesn’t include the carcinogenic and harmful compounds that are usually found when smoking a cigarette. However, it looks similar, so people assume the worst.

Since there has been a lot of negative campaigns against smoking in recent times, the similarities between vaping and smoking are too close for people to see the differences since there is the presence of nicotine and smoke-like clouds coming from people’s mouths. In reality, that is about all that is where all the similarity ends. Regrettably, the negative propaganda against smoking has already been ingrained into people’s minds before vaping. 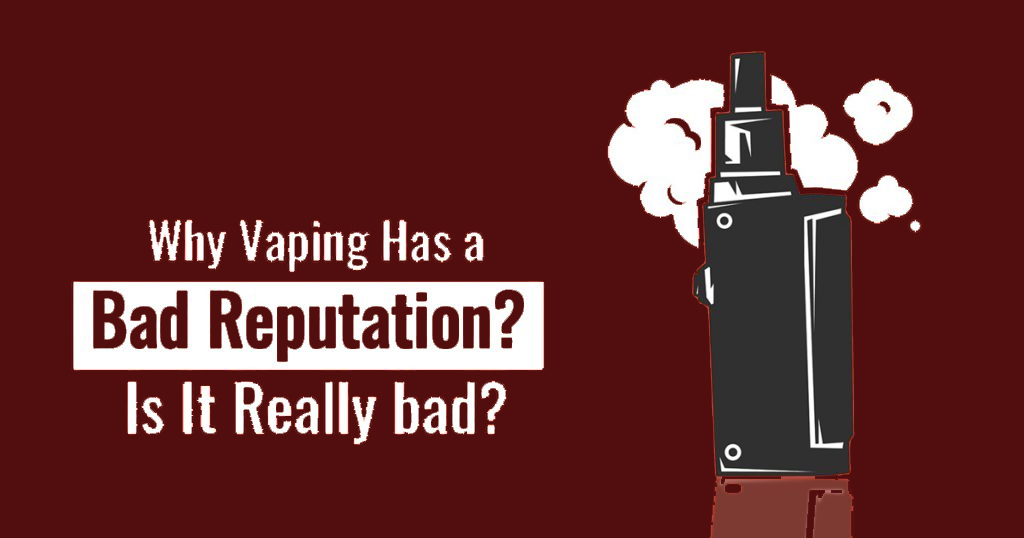 As vaping started being more popular and widely used, the public, justifiably, was concerned. They already knew smoking was wrong, so how was vaping any different? A few flawed studies later, and people had their minds made up. No matter how many better and more reliable studies came along afterward, all they knew was that vaping was terrible.

What made it worse was that stories of battery explosions broadened further people’s negative impressions of vaping. Battery explosions are primarily due to user error and incompatibility with coil resistance.

The products are not inherently dangerous, but there is always that person who forgets to do the math before building their own coil.